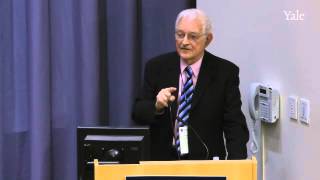 Wallerstein on "China and the World System Since 1945"

I was in the audience for this lecture, held November 18, 2013 at Yale University. Returning to it four years later, I am struck again by the prescience of Wallerstein's assertions about the present political chaos and the United States as a failed state. The period of uncertainty we currently inhabit will, he claims, within 20-40 years, tend toward either relative equality on the one hand, or more extreme forms of inequity on the other. For Wallerstein, nothing is certain in